Flackwell Heath is a village of about 6,000 people (1991 census) situated south east of High Wycombe, along the top of a spur of the Chiltern Hills at a height of 450 feet (150 metres). On the north of the spur, the view is of the Wye valley with the M40/A40 from London (J3 of the M40 is close by) finding its way to High Wycombe and then onto Oxford. On the south side the view is of the Thames valley with its wide flood plains. 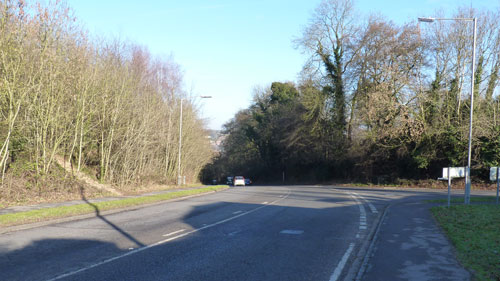 What is known as Flackwell Heath today was in fact, four villages, Flackwell Heath, Northern Woods (or North-End Woods), Heath End and Sedgemore. The original existence of these villages probably came about as a result of people crossing the Chilterns' spur from one valley to the other, either for work in the mills of the Wye valley or delivering goods to the Spade Oak wharf for shipment by boat along the Thames. Over the years, particularly since the Second World War, there has been a significant in filling between the villages and the whole area is now known by the one name of Flackwell Heath.

The original villagers were predominantly farm labourers with some bargemen and mill workers but in the late 19th century this changed to favour the industrial mill workers, plus the emergence of furniture workers as the industry for which High Wycombe is best known became established. The village was well known for its cherry orchards, "a place of annual resort and festivity during the cherry season" with many cherry pickers travelling from London for the annual event. Nowadays its inhabitants are commuters, wishing to live in the proximity of, but separate from, High Wycombe, and generally working either in London or the Thames Valley areas. 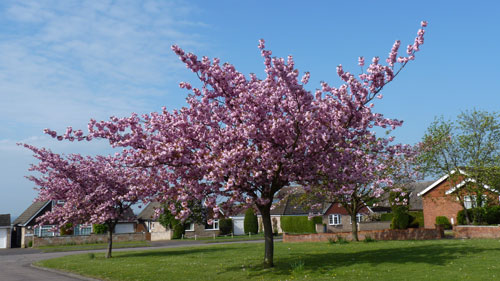